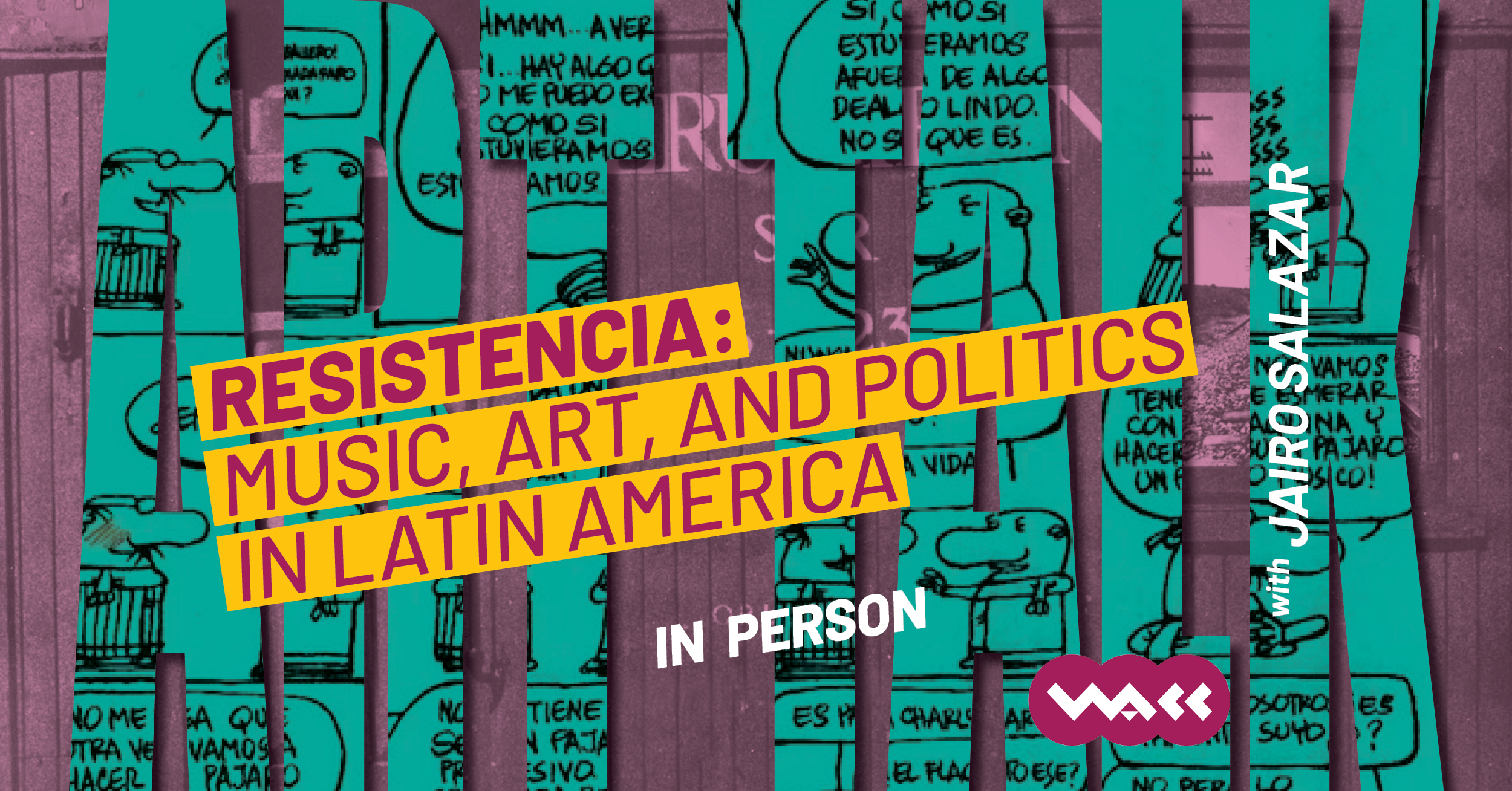 Join us in person on Thursday, September 29 at 7:00 pm at Britannia Community Centre (Rink Mezz Room) for the second part of Resistencia: Music, Art, and Politics in Latin America, an engaging audio-visual experience with art historian and music lover Jairo Salazar. During this conversation, you’ll explore the mesmerizing ways by which visual artists and musicians joined their talents to deliver a subtle but categoric message of hope, freedom, and revolution during the chaos.

During the 1970s, Argentina faced one of the most dreadful military dictatorships of the 20th century. Counter-culture movements –artists included– were persecuted, tortured, and forced to flee their country during this obscure period. Those advocating for a more egalitarian society were targeted as a potential threat to the authoritarian goals of these regimes. Eventually, many of these artists found an opportunity to push the limits of their creative practices in this crisis.

They found in the transgressive languages of movements such as dada, surrealism, and pop art an effective weapon to defy these grim realities without violence but with remarkable expressiveness. They integrated the visual, the written, and the auditive with unprecedented outcomes.

This is a free event, but registrations are needed. Please get your fee ticket here:  https://www.eventbrite.ca/e/resistencia-part-ii-music-art-and-politics-in-latin-america-tickets-412400760777

Jairo Salazar earned his M.A. in Art History from the University of North Texas (USA) in 2008. His background includes teaching modern, contemporary, and Latin American art history courses in Colombia, the United States, and currently Canada. His academic research is devoted to issues related to the dialogues between war, catastrophe, and trauma in contemporary art.  He currently works as an art history instructor at Coquitlam College and collaborates as a guest lecturer for Mobil Art School in Vancouver, Canada.