VLACC offers a variety of arts and culture workshops and events. Accessibility is important to us: most of our programs are offered free or at an affordable rate. If you don’t have a credit card or can’t pay for a program contact us to get a free ticket. Direct your request, questions or concerns to our Operations Coordinator, Danais Yera. 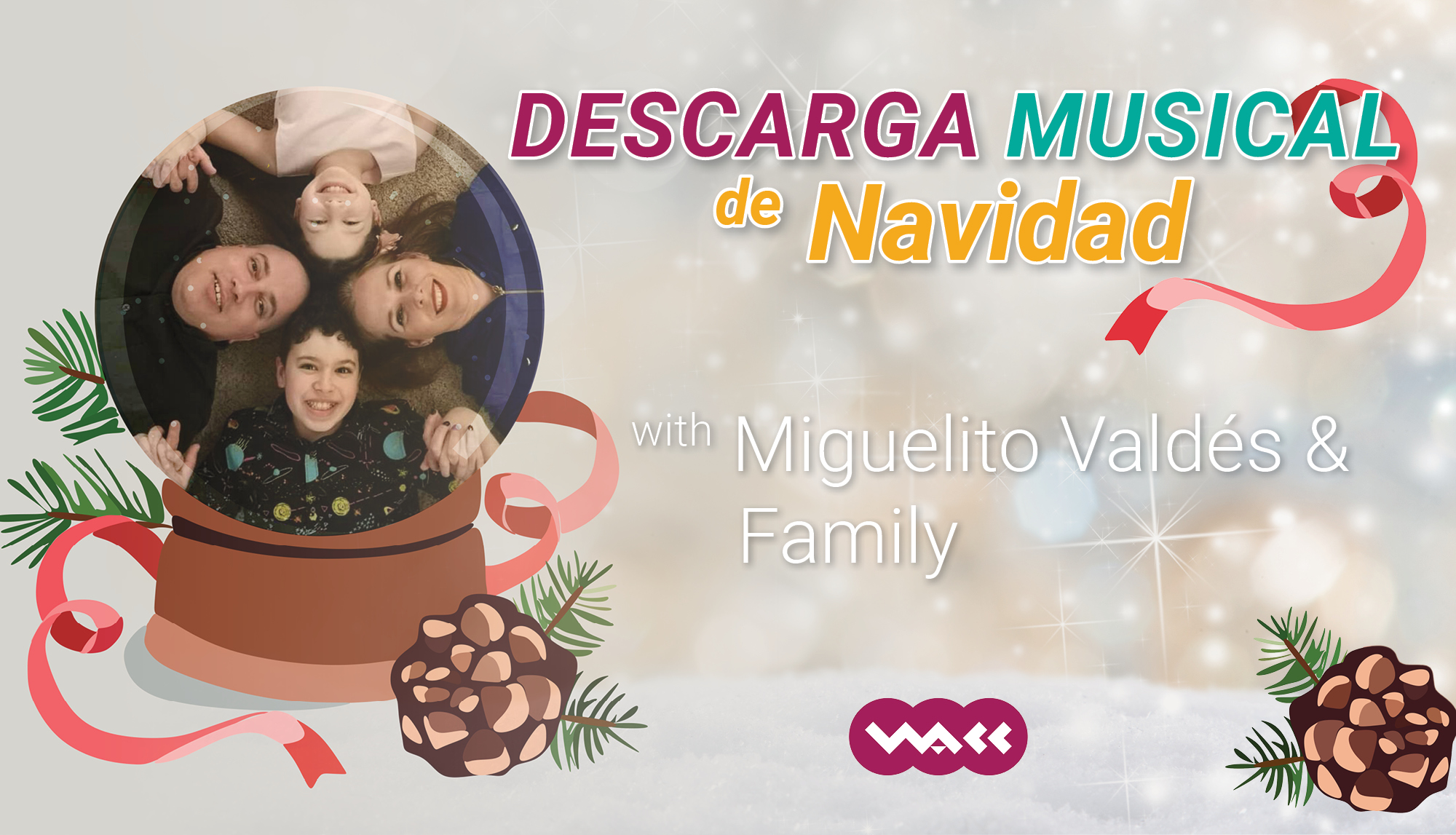 Join us on Facebook for this very special online Christmas concert, Descarga Musical de Navidad with Miguelito Valdés & Family on Sunday, December 19th at 6pm. Let’s enjoy together classic tunes of the season, such as “Do you want to build a snowman?”, “Make it to Christmas,” as well as contemporary pieces with special arrangements full of grace and humour. This concert is an excellent opportunity to connect, dance, clap, and, most importantly, enjoy your loved ones.

About Miguelito Valdés
Described as one of Cuba’s most highly regarded trumpet players of his generation, Miguelito has become, since making Vancouver his home, very involved in the local music scene. In the short time, he has been on the West Coast of Canada, he has performed with local musicians as Luis Giraldo, Brick House, Kenny Blues, Johnny Ferreira, Zapato Negro, and many others besides his own band “Puro Son”. His collaboration with other musicians spans groups and artists from all over Canada and abroad, including Omara Portuondo, Ibrahim Ferrer, Herbie Hancock, Wayner Shorter, and many more.